← back to
A Turntable Friend Records
Get fresh music recommendations delivered to your inbox every Friday.

by The Room in the Wood 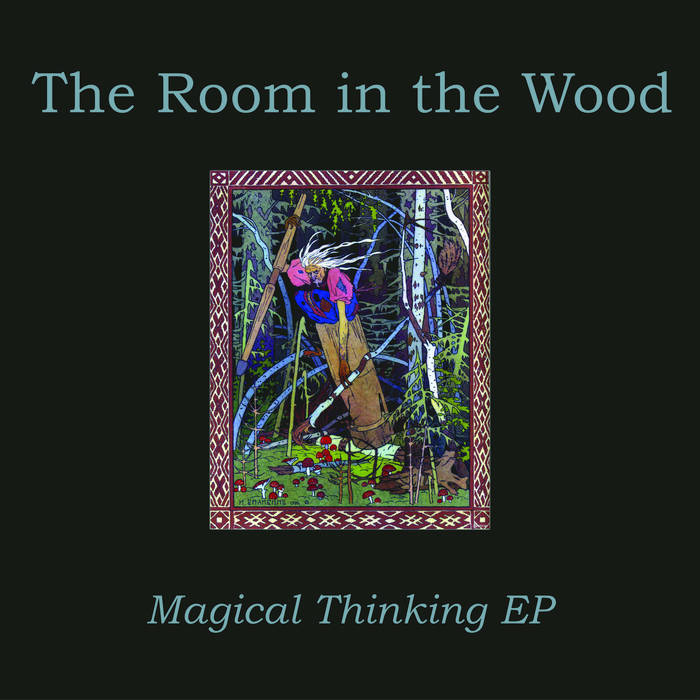 THE ROOM IN THE WOOD

The Room in the Wood is the latest project by Paul Cavanagh and Dave Jackson. Over the past year, they have written over 30 new songs. Eleven of these appear on their forthcoming self-titled album and will be preceded by a three track, digital only, EP: Magical Thinking.

The Room in the Wood was recorded with Steve Powell (Michael Head & the Red Elastic Band) at his Liverpool Arc studio and features (Mark Lanegan /Dave Gahan) drummer, Colin George Lamont, and (Peter Perrett) drummer, Jake Woodward. This is the first time Dave and Paul have worked together since their Liverpool post-punk band, The Room, split in 1985.

Singer/lyricist Jackson has been writing and recording since his teens in bands such as 051, The Room, Benny Profane, Dust, Dead Cowboys, under his own name with former Shack guitarist John Head, and as Dave Jackson & The Cathedral Mountaineers. He has recorded and released 10 albums with these various incarnations and, during the eighties, notched up seven John Peel sessions with The Room and Benny Profane, as well as appearing on the Whistle Test, Janice Long and Saturday Live. He has toured extensively in the UK, Europe and the USA with bands such as The Fall, The Violent Femmes, Aztec Camera, The Lemonheads and The Wedding Present, and currently teaches creative writing at Liverpool John Moores University, having developed his novel Violet City as a low-budget fantasy feature film.

Guitarist Paul Cavanagh has played with Chinese Religion, The Balcony, Ludus, The Room, Top, It’s Immaterial, Gloss and Moongoose, has performed as a solo instrumentalist as Cabin in the Woods and as one of Mike Badger’s Shady Trio. Paul also worked with former Room drummer Alan Wills at Deltasonic records, with acts such as The Coral and The Zutons and managed The Basement. Paul has toured in the UK, USA, and Europe and recorded four John Peel sessions as well as releasing albums with The Room, Top, It’s Immaterial, Moongoose and several critically acclaimed singles with Gloss.

The Room in the Wood Liverpool, UK

The Room in the Wood is the latest project by Paul Cavanagh and Dave Jackson. This is the first time Dave and Paul have worked together since their Liverpool post-punk band, The Room, split in 1985.

Bandcamp Daily  your guide to the world of Bandcamp